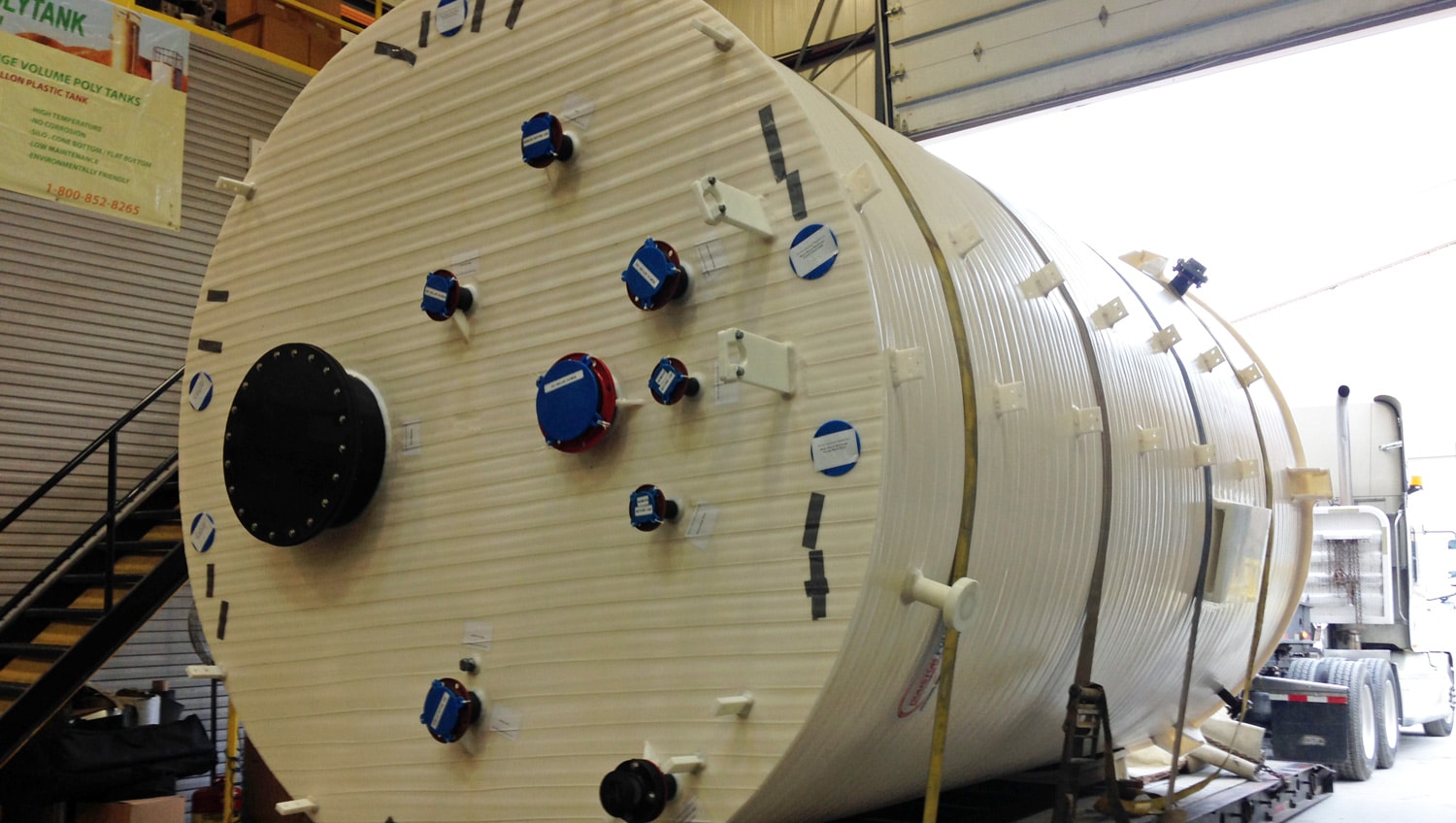 “With aggressive chemicals, you don’t want to mess around with an inferior tank. In the long run, it’s going to save the customer a lot of money and hassle.”

That’s how one of our manufacturer’s representatives explained the rationale for his client purchasing four tanks from Houston PolyTank recently. The project was for a water and wastewater treatment plant where they were installing an on-site-generated sodium hypochlorite system. These systems are needed for any facility that is disinfecting drinking water and are becoming more popular due to their efficiency on-site.

The client specified two 3000 gallon tanks and two 475 gallon tanks. Because the system is holding .8% sodium hypochlorite, they knew they needed to get the right tank for the job.  The rep explained, “The engineer for this project understood that when you are buying tanks for aggressive chemicals, it’s important to buy the right kind. He knew that if he had specified a roto-molded or fiberglass tank, he would probably have to replace that tank again in as little as three years. He’d have to pay for a new tank to be shipped to him, not to mention the daily cost of a crane to put the tank in place.”

This rep expanded on the cost advantages the client saw by specifying Houston PolyTank’s exclusive extrusion wound tank.  “He expects that tank to last for a long time. By going with the more rigid extrusion wound construction, he’s hoping for a 20 year life of the tank.”

In addition, if a field repair was needed, the Houston PolyTank construction allows for repairs to be made in the field. The rep declared, ”Such a weld would never hold in a roto-molded tank. It would be susceptible to another crack in the near future, and it would be a mess to try to clean up after the fact.”

These on-site-generated hypochlorite systems are a perfect use for these heavy duty extrusion wound tanks. The unique construction eliminates the problems that other types of tanks experience. It saves the customer time and money and increases safety on the job site.

Upgrading A Facility With Houston PolyTank Heavy Duty Tanks
May 24, 2016

Where Are You Going To Put Your Storage Tanks? Part 1: Mounting Surfaces
April 26, 2016
Recent Posts